Nomination Whist (or Nommy for short) is a trick-taking game, a whist variant, played over sixteen hands with a varying number of cards per hand. The objective is to score points by bidding (or nominating) the number of tricks that you will win in each hand and have the highest score at the end of the game. Trumps for each hand are chosen by the player with the highest bid. The number of cards in each hand is as follows: 7, 6, 5, 4, 3, 2, 1, 2, 3, 4, 5, 6, 7 And then there are three additional hands: 7 No Trumps (as the name suggests, there are no trumps) 7 No Tricks (where all players must try to lose) 7 (normal) Bidding starts with the eldest hand bidding first each deal. The total of all the bids combined may not equal the total number of tricks in the hand. The player who bids highest (or who wins a cut in the case that the highest bid is tied) chooses the trumps for the hand. The eldest hand leads the first trick and subsequently the winner of each trick leads the first card of the next trick. The deal rotates clockwise every hand. Scoring: Making your bid wins 10 points plus the number of tricks won Getting less tricks than the bid wins one point per trick won Getting more tricks than bid loses five points for the first trick over and then one additional point is deducted for each additional trick over the bid, except in 7 No Tricks where every trick won is penalised with a five point deduction 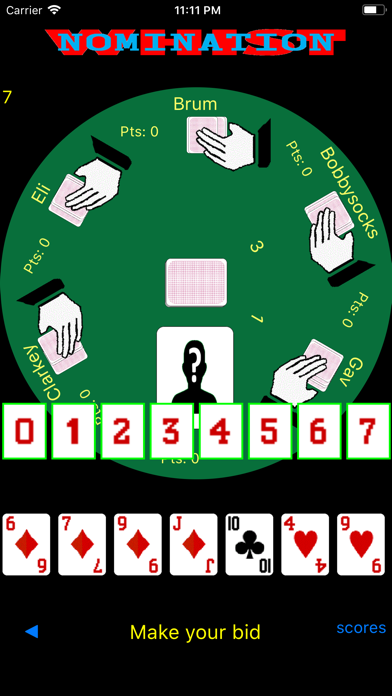 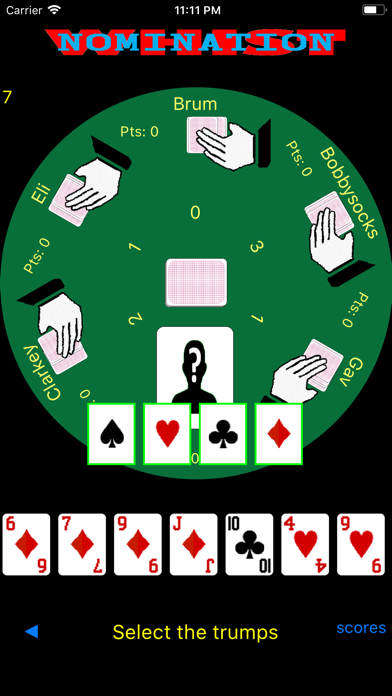 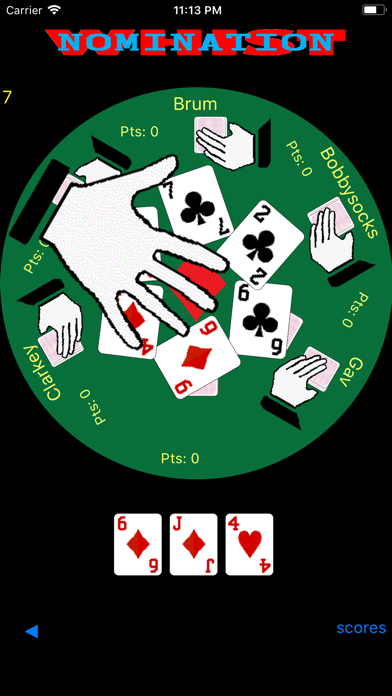 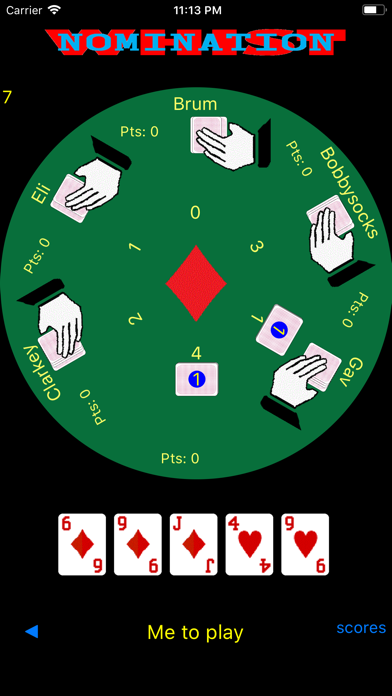 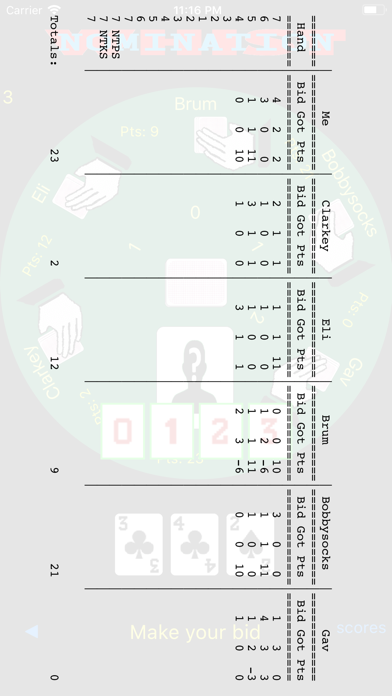 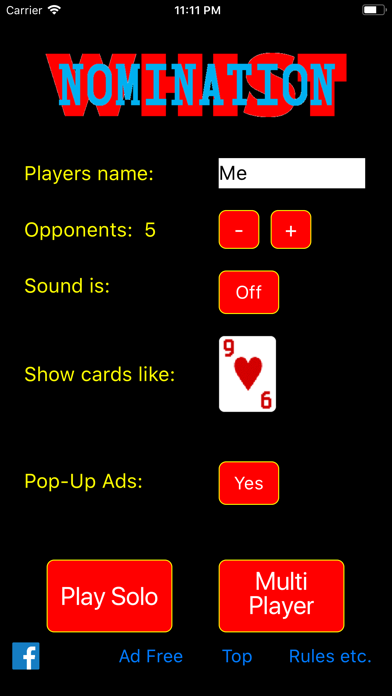 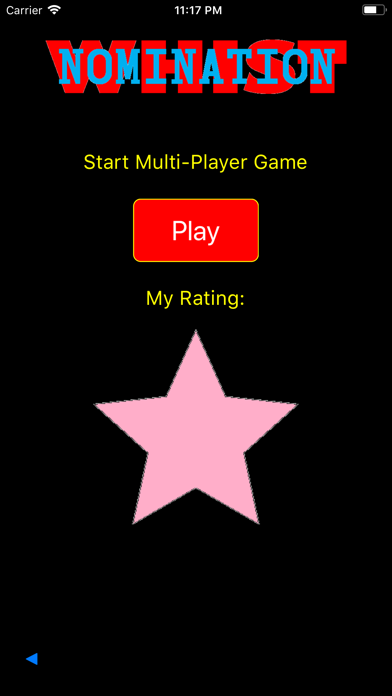