Crash Bandicoot: On the Run!

Crash Bandicoot: On the Run! Description

Crash Bandicoot is back, but this time he’s on the run and on mobile! That means high-speed battle runs across Wumpa Island to save the multiverse from the evil Dr. Neo Cortex; smash crates, avoid obstacles and run into your favorite characters…Not to mention battling your favorite Crash bosses, earning rewards, base building and weapon crafting – all with a customizable Crash! Classic Crash Bandicoot gameplay - Running, sliding and jumping and with your favorite Crash Bandicoot characters on Wumpa Island. - Run across iconic locations and explore Turtle Woods, Lost City, Temple Ruins, the Lab and many more tracks! - Follow secret paths and run into hidden island locations for in-game challenges and rewards. Battle the best Crash bosses - Battle iconic characters like Scorporilla, Nitrus Brio, Nina Cortex, Dingodile or Fake Crash for cool rewards. - Build up your Bandicoot running skills and scout the Island to defeat all Dr. Neo Cortex’s minions in epic battles. - Beat them with style: customize Crash for extra XP points! Craft gadgets and weapons - Team up with an all-time favorite character - Coco Bandicoot! – and spot enemies across the island. - Go on battle runs and unlock rewards to build up, upgrade and customize the base. - Gather ingredients on collection runs to craft serums and buildings. - Unlock weapons like bombs and rayguns for battle runs and win rewards! Earn game rewards and customize Crash - Unlock skins and costumes of famous characters to build and customize your unique Crash Bandicoot. - Customize Crash, go on the run and unlock challenges, characters and rewards to give your game a Bandicoot boost. Go running with friends in multiplayer - Up your game and join other Bandicoots on asynchronous multiplayer runs - Run the island alongside fellow customized Crash and build your own stylish Bandicoot crew! - Earn in-game Crash points to climb the solo and team leaderboards for rewards. Pre-order on the App Store and visit our website for more details at https://crashontherun.com Follow Crash for the latest news! Instagram: @CrashOnTheRun Twitter: @CrashOnTheRun Facebook: CrashOnTheRun Crash Bandicoot: On the Run! is completely free to play but some optional in-game items will require payment. You must be connected to the Internet to access the game. By downloading this app on your mobile you are agreeing to our terms of service; https://king.com/termsAndConditions. You can turn off the payment feature by disabling in-app purchases in your device’s settings. Easily sync the game between devices and access full game features when connected to the internet. Do not sell my data: King shares your personal information with advertising partners to personalize ads. Learn more at https://king.com/privacyPolicy. If you wish to exercise your Do Not Sell My Data rights, you can do so by contacting us via the in-game help centre or by going to https://soporto.king.com/ © 2020 Activision Publishing Inc. CRASH BANDICOOT: ON THE RUN!, CRASH BANDICOOT and CRASH are trademarks of Activision Publishing, Inc. KING and the KING crown logo are trademarks of King.com Ltd.

Crash Bandicoot: On the Run! Screenshots 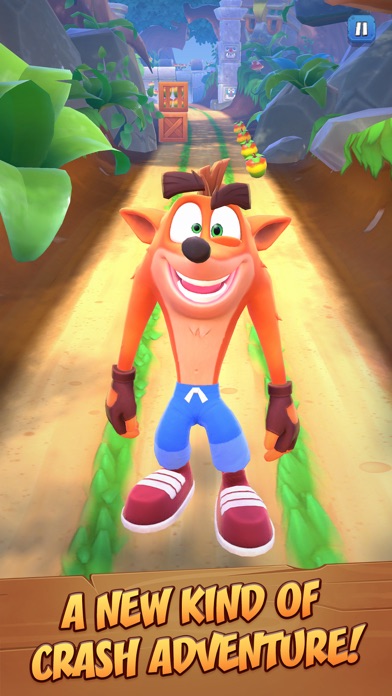 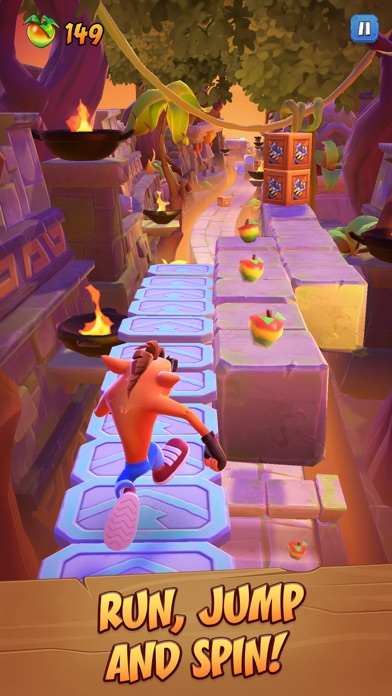 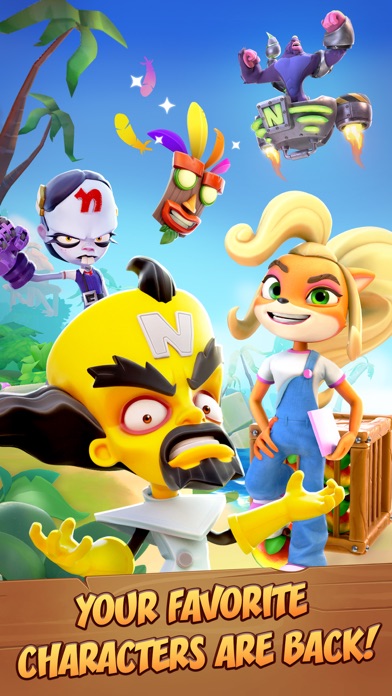 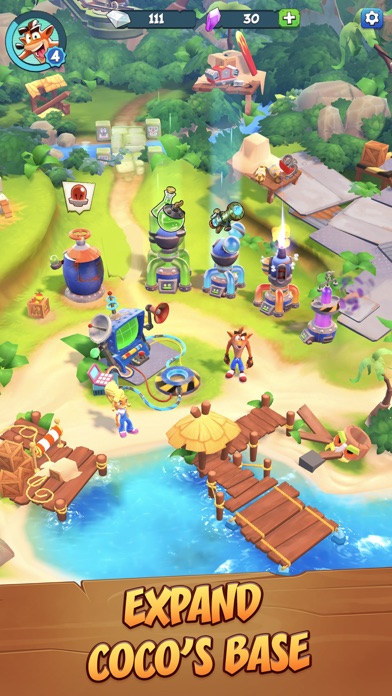 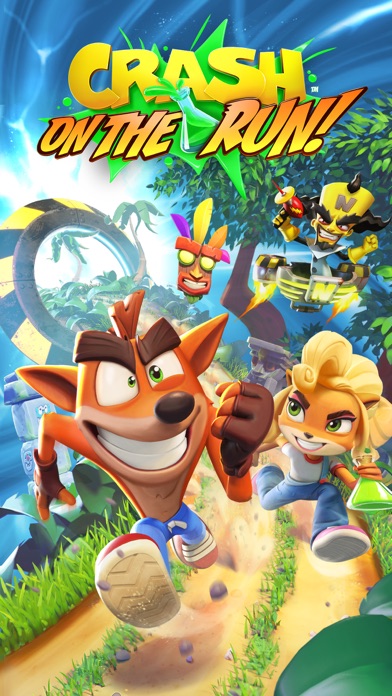 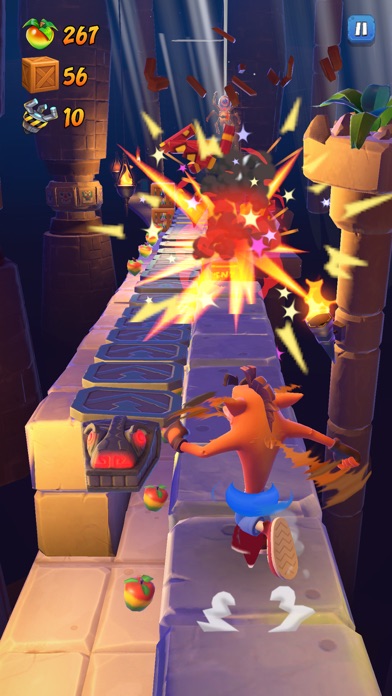 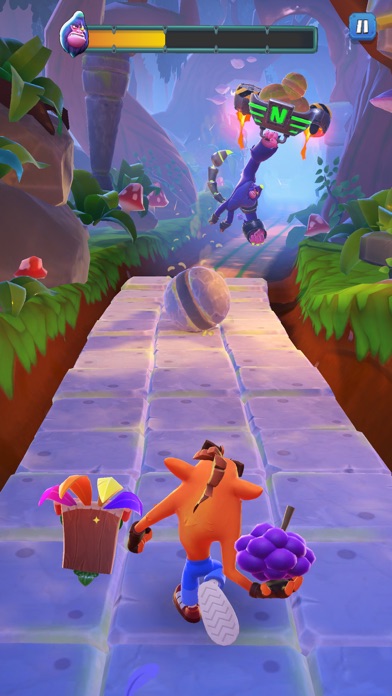