Big Ships Noms is a four player points-based trick-taking game where players must nominate (or bid) how many tricks they will win in each hand. There are twenty-five hands in each game with the number of cards varying from thirteen down to one and back to thirteen again. Points are awarded for each trick won with a bonus of ten if you make your bid in a hand. At the end of the twenty-fifth hand the winner is the player who has accumulated the highest number of points during the game. Trumps are assigned to each hand in the order Hearts, Clubs, Diamonds, Spades and NT (no trumps) and then starting with Hearts again. At the start of each hand each player bids the number of tricks they believe they will make and then play begins following the usual rules of whist. Big Ships Noms can be played as a solo game or multiplayer with friends. Includes a full set of instructions and rules, optional sound and highest scorers leaderboard. 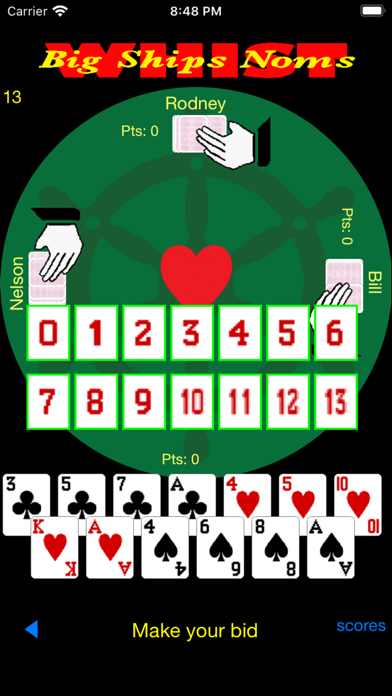 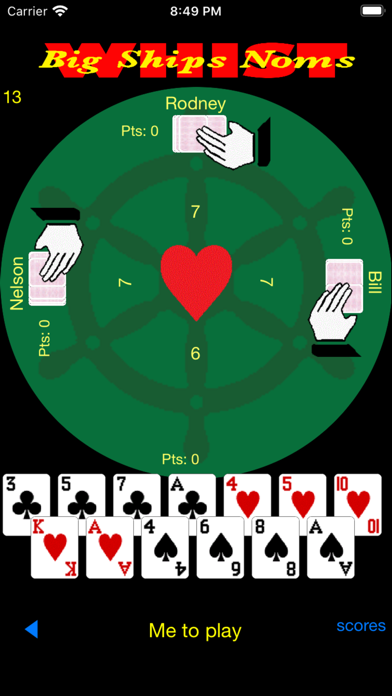 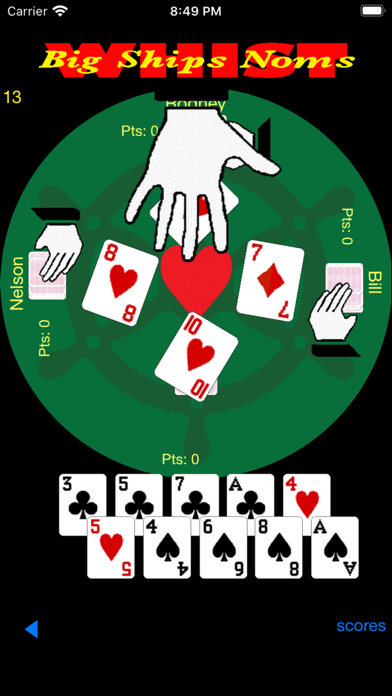 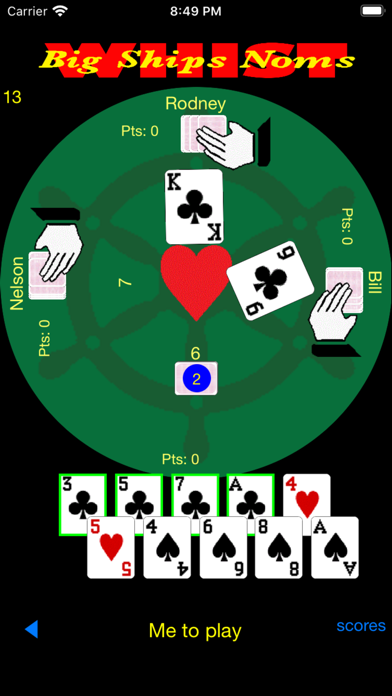 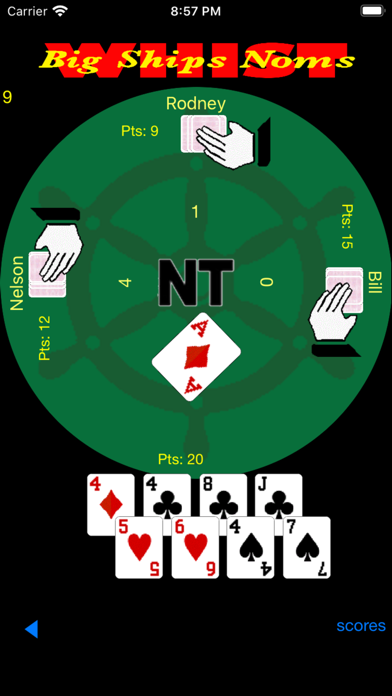 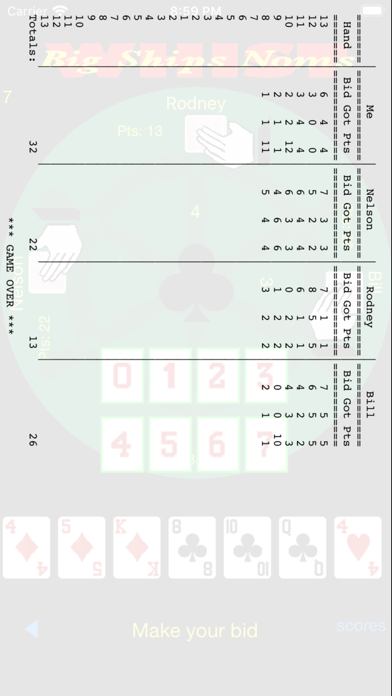 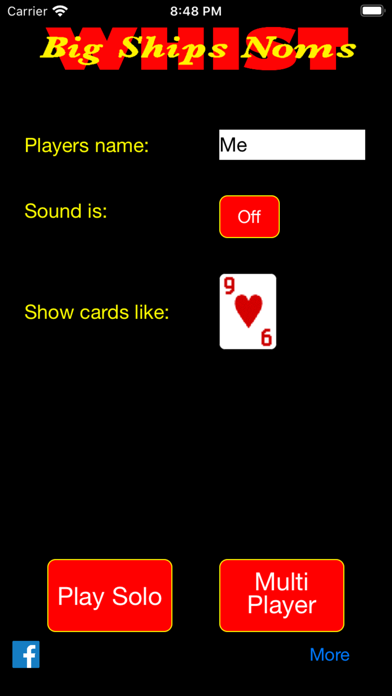