Go on an adventure and play with Aquatic, Farm, Savannah and Jungle animals. Learn numbers and letters with this unique Connect the Dots Animal Encyclopedia. Master your alphabets and practice counting skills and be rewarded with animal sounds, pictures, interesting facts and videos. This educational fun game is really helpful for preschool children and toddlers and even those with autism – as it helps them with problem solving and motor skills and teaches them pronunciations. Themes: Sea - did you know the octopus has 8 legs, have you ever seen a squid swimming in the sea or heard a dolphin laugh, well now you will. Domesticated - you have probably played with a cat & a dog, but we bet you don't know some fun facts about them, have you ever heard a camel growl or seen a ostrich? Grassland - Want to see a bee land on a flower, hear a wolf howl, learn common facts about the hippo, rhino, zebra and many more. Forest - the Lion king, scary tiger, funny monkey, cute panda and many more. Gameplay & Features: - tap the dots or drag & draw lines to connect sequential numbers (123) and upper (ABC) or lower (abc) case letters. - each dot pronounces the number or letter and so kids learn the alphabets and numbers (1 to 20) and also counting. - help features for smaller kids where the outline of the animal is shown, the next dot in sequence starts blinking after a 4 second gap and joining the wrong dot makes it say no with an animation. - to make it more fun you can change the shape or colors of the dots as well. - Easy and Hard mode with less and more dots respectively and kids can also select reverse numbers and letters to test their skills. - theme specific ambient music and cute sounds in the entire game to make it more interesting for your young ones. - applause, cheer and balloons on successfully completing joining of dots. - animal comes to life and it plays the animal name and sounds audio. - select the image icon to see real animal pictures, the video icon to see the animal in motion and the parents can help explain the kids the unique facts of each animal which are presented with the images. - 82 hand drawn animals which looks cute but are detailed enough to recognize features. - 30 supported languages i.e. English, French, German, Italian, Spanish, Portuguese, Russian, Ukrainian, Polish, Dutch, Turkish, Arabic, Japanese and many more. P.S. Don't forget to leave a review if you've enjoyed our game as much as we enjoyed making it! 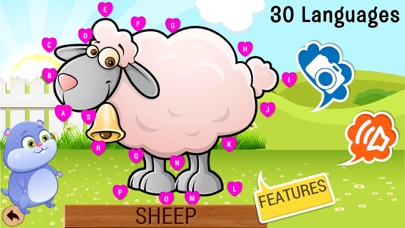 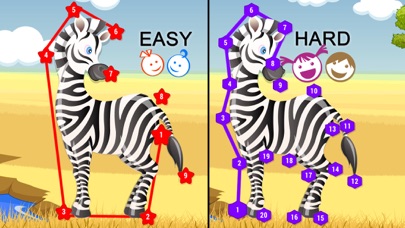 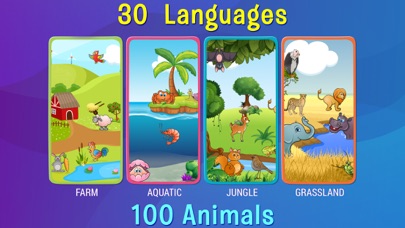 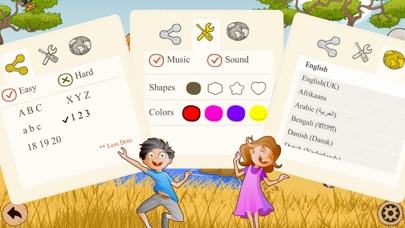 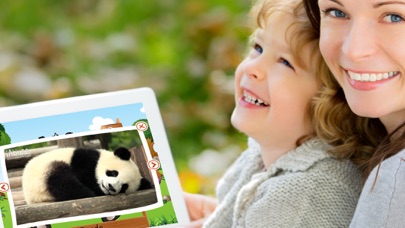