The Boom Remote is a companion app for Boom 2 and Boom 3D, the most popular system-wide audio booster for Mac. With the Boom Remote on your iPhone or iPad (iOS 9 and later), you get to wirelessly control your favorite Boom 2 and Boom 3D features in addition to other well known Mac apps like Spotify, VLC, QuickTime and iTunes. Simply connect your iPhone or iPad to the same WiFi network as your Mac and watch the magic unfold! This remote gives you the convenience of being able to wirelessly change the volume, toggle equalizers and effects as well as control playback on other Mac media apps from anywhere in your home. The best part is that you only need to have Boom 3D installed on your Mac for you to enjoy these features from the comfort of your seat. The Boom Remote can: • Control Boom's volume as well as your Mac's default volume • Change Boom's Equalizers and Effects • Access playback controls of Spotify, VLC, QuickTime and iTunes on your Mac This app is perfect for when you’re away from your Mac and watching a movie, playing and changing tracks and just about any other situation where you simply want to wirelessly control your favorite Boom features. Note: Boom Remote runs only when paired with Boom 2 (v1.2.1) and later and Boom 3D (V1.1) and later on the Mac. *** Boom 3D is an audio app for Mac (10.10.3 and later) that enhances any audio to make it sound much more optimized. With an intelligent algorithm, Boom 3D personalizes audio to perfectly fit the type of Mac in use; be it the MacBook Pro, MacBook Air, iMac etc. Please search for Boom 3D on the Mac App Store for more details *** 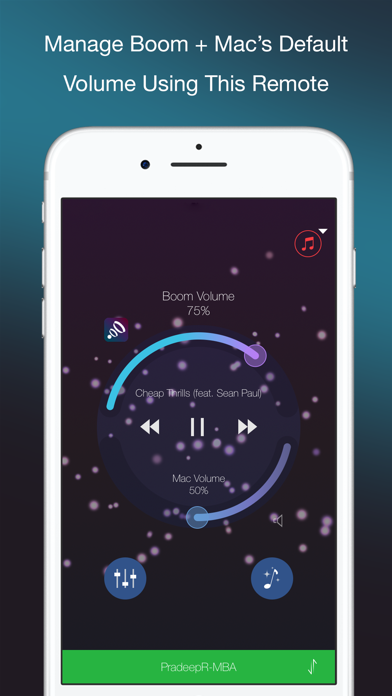 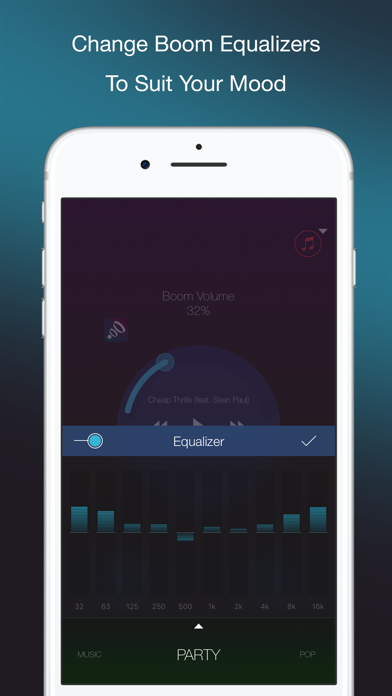 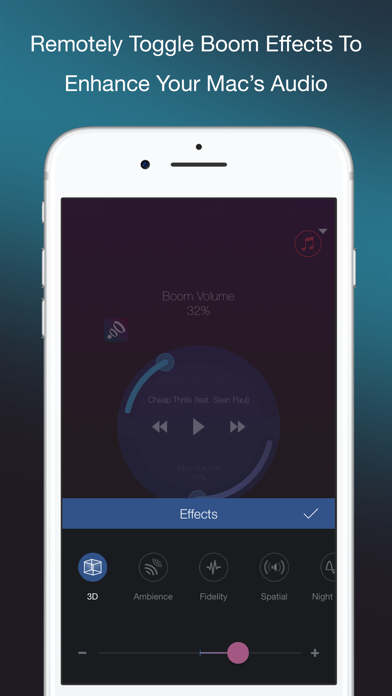 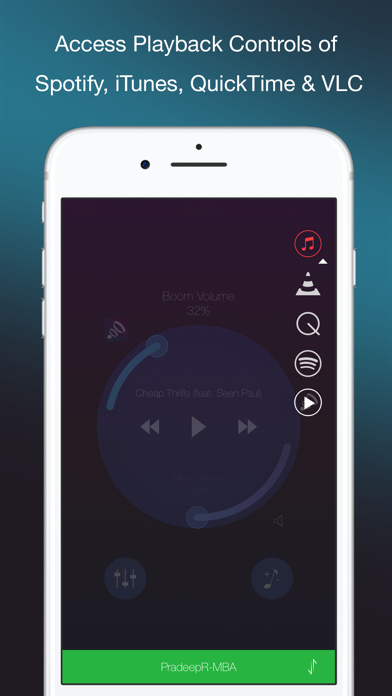 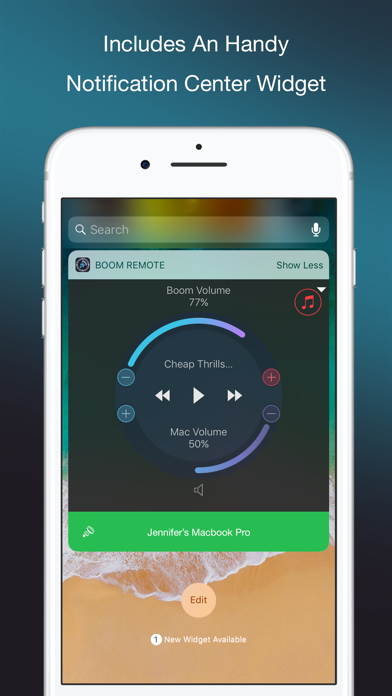